A new sophisticated, layered and targeted malware has been hitting Russia and Russian interests lately, and is starting to spread out.

This has been named “Inception Framework” because of its massively layered design, in reference to the 2010 “Inception” movie.

The malware is very ingenious:

But all is not lost, as there are a very few things that can still be caught when a person is infected.

Signs of being targeted:

All the above vectors that are italic are covered by the correlation set below.

For such a layered malware, it only sounds appropriate to engage in a layered detection method: 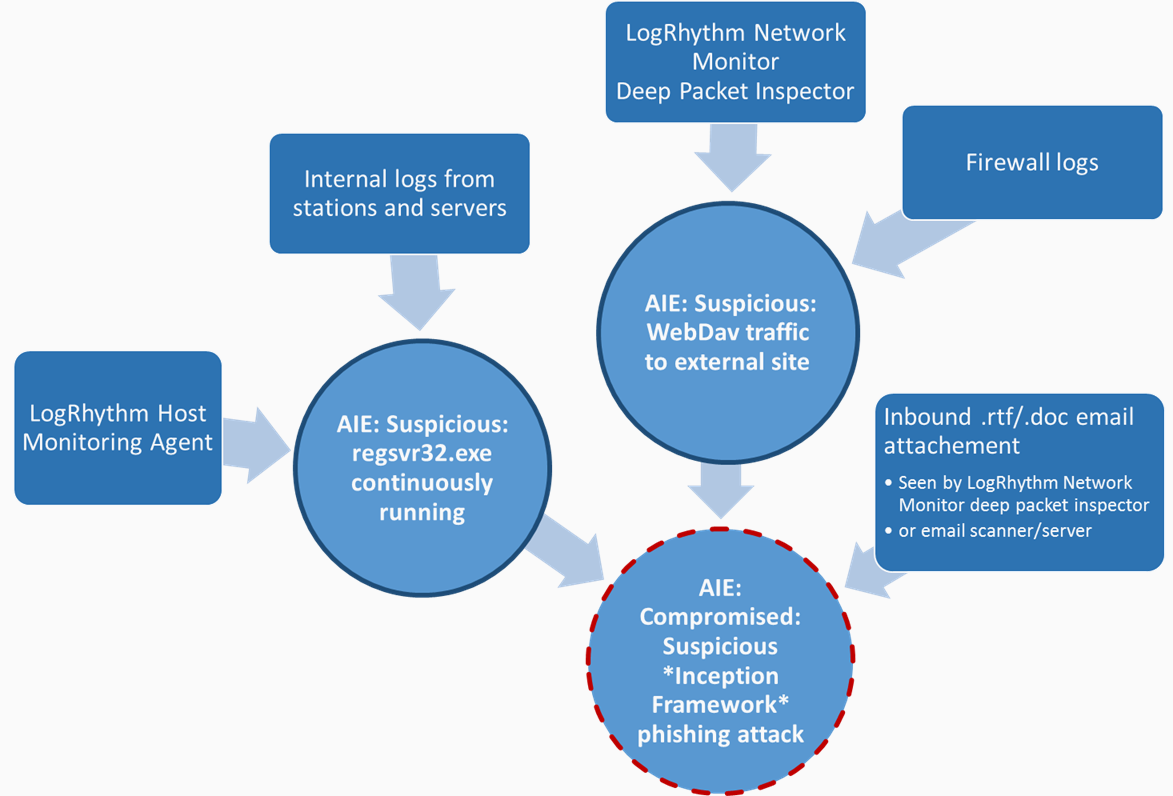 Rule 3, corroborate all the above and check precedence of inbound RTF or DOC email attachments: 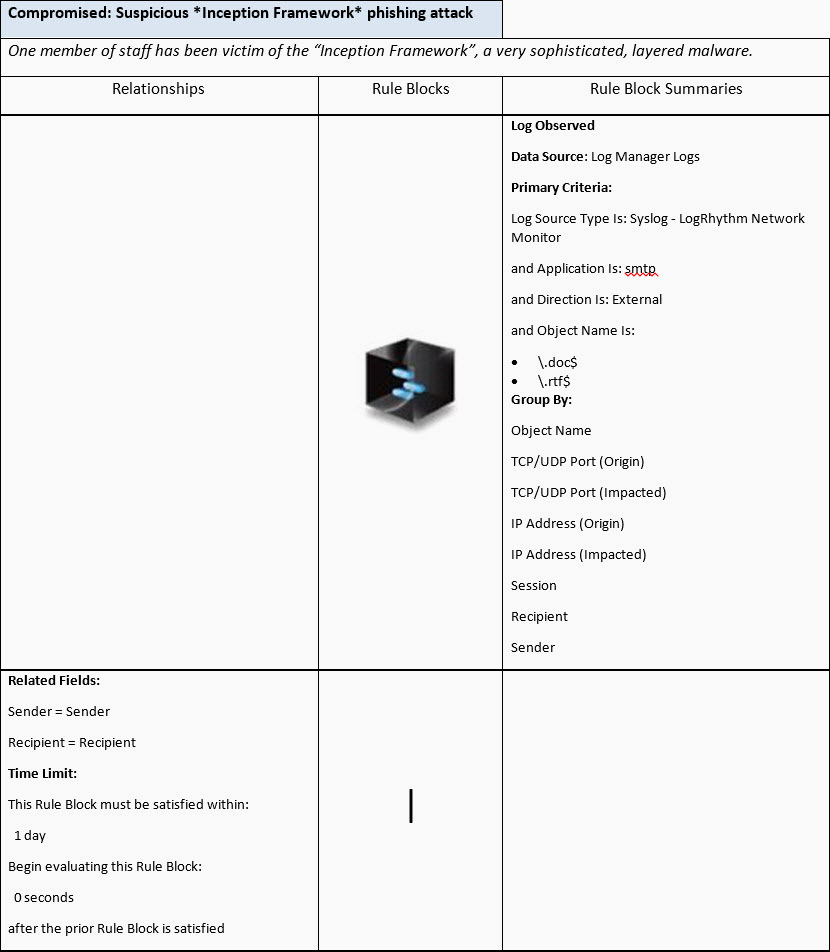 Equipped with these little helpers, you should now be able to relax for this festive season with the knowledge that any Inception style incursion into your workstations will be flagged.

Moreover, you’ll be made aware of who in your organization is being targeted by the attack early enough before any critical data is siphoned out.