As Chief Scientist and de facto Technical Product Manager for LogRhythm’s Data Science team, I continuously evaluate the effectiveness of LogRhythm’s user and entity behavior analytics (UEBA) functionality to surface user activity that may be of interest to a security analyst. On most mornings, I log into LogRhythm’s internal deployment and — much as our customers would — try to understand the user activity that LogRhythm UEBA (formally known as CloudAI) is surfacing for me. From a security point of view, this exercise amounts to an evaluation of how quickly I can arrive at a reasonably comprehensive understanding of a user’s behavior that would help me decide if the activity required deeper investigation.

This blog is the first in a series that will walk you through the process by which I leverage LogRhythm’s core SIEM Platform along with CloudAI to characterize user behaviors. I utilize the same tools that are available to any of our customers and will share some of my customization to the Web Console that I believe helps distill user activity information for easy consumption and understanding.

We start with what might be considered the traditional threat hunting scenario with CloudAI. In this case, we want to leverage CloudAI to guide us toward users (more precisely identities) that deserve some level of examination due to deviations from past behavior. When I say “guide us toward users,” what I mean is that there are several contexts under which we can leverage CloudAI data that will guide us to different users. Once we identify a user through one or more of these contexts, we can then perform an initial examination of the user’s activity to determine if a deeper investigation is warranted.

A quick look at the user’s timeline reveals two things: In order to perform an initial investigation into this user’s behavior, I click on the search control, which will launch a Data Indexer search over the previous 24-hour scoring period. Keep in mind that this search is simply filtered by time and the identity I am investigating, so it will pull back any data tagged with this identity in the scoring period. The full layout is shown over the next three screenshots: 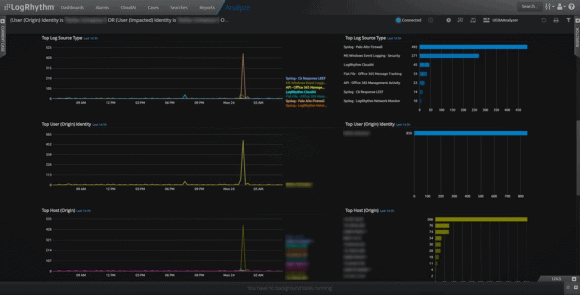 One of the first things I do from this point is start to leverage the Web Console analyzer filtering in order to slice and dice the data into views that draw out different features of the data that CloudAI deemed anomalous. I first focus on the Authentication Success/Fail data by double clicking a Classification in the Top Classification widget.

When filtering by the Authentication Success classification in this example, I make note of a few things that will begin to paint a picture of this user’s anomalous behavior. At any time, you can double-click an additional metadata value to continue to drill down into the results. Figure 7. Double clicking the Authentication Success classification filters the layout in order to focus the analysis on successful authentication activity and the associated Common Events and MPE Rule Names Figure 9. Double clicking the Authentication Success classification filters the layout in order to focus the analysis on successful authentication activity and the associated Impacted Hosts, Origin Location and Impacted Locations 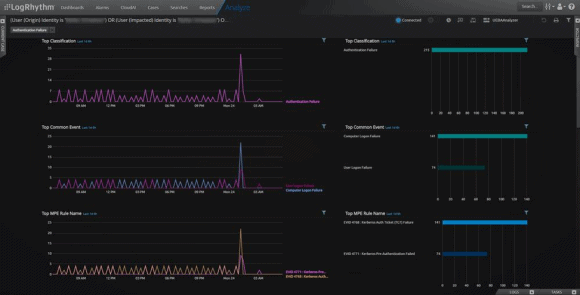 Finally, a couple of other angles of examination include:

The Network Allow classification accounts for most of the data in this drilldown and is temporally associated with the Authentication activity in this scoring period. Filtering on Network Allow shows me that this data originates solely from Palo Alto Firewall sources and completely from LogRhythm’s configured German Entity with an Origin Location of Munich, Germany. Do not forget the log viewer. I used it here in order to get a quick summary of the Impacted TCP/UDP ports which turn out to be mostly DNS traffic bound for a UK-based domain controller. Figure 13. Filtering on Network Allow and leveraging the log viewer shows this data originates from Palo Alto Firewalls and is primarily DNS activity

Filtering by the top Origin Host (an internal IPv4 address) shows that this address is only associated with Network Allow and Authentication Success classified data. Figure 14. Filtering on the first top Origin Host shows that this activity is associated with Network Allow and Authentication Success classified activity

Filtering by the second top Origin Host (another internal IPv4 address) shows that this address is primarily associated with the Authentication Failures. 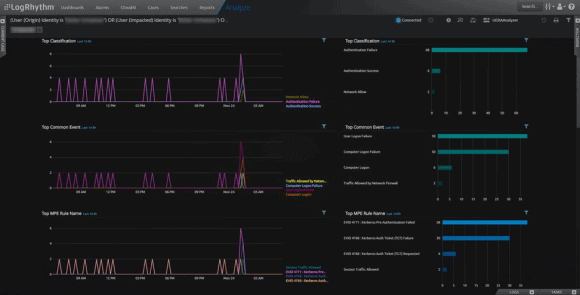 Figure 15. Filtering on the second top Origin Host shows this activity is associated with the observed Authentication Failures

The top two Origin Host IPv4 addresses appear to be in internal DHCP address spaces, likely indicating a laptop user and that the laptop IP address has changed during the scoring period. The change in IPv4 address seemed to coincide with the shift from Authentication Failures to Authentication Success.

CloudAI Reduces the Time to Qualify a Potential Threat

These are just a few examples of the analysis paths that can be taken all within the single analyzer view, starting from the CloudAI interface. The data, environment, and domain knowledge will naturally lead a security analyst down various paths that will build insights into the user’s behavior. I’m not a security analyst, but from my point of view this activity does not appear to be all that alarming — anomalous yes, but concerning, no. All of the activity is consistent with an employee interacting with internal systems with expected network traffic and expected locations. Without counting the time to take screenshots for this post, this analysis probably took about 20 minutes.