A lack of visibility enables threats to originate inside an organization’s network security perimeter enabling broad access across the network. 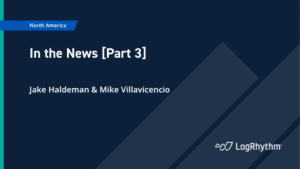 Want to hear about the biggest security headlines directly from industry leaders? LogRhythm is excited to bring you “In the News,” a new webinar series that provides expert advice on navigating the everchanging threat landscape. Channel Sales Engineers Jake Haldeman…

Shields Health Care Group suffered a data breach affecting two million patients. Sally Vincent shares how this attack affects the organization and patients and what companies can do to prevent future attacks. 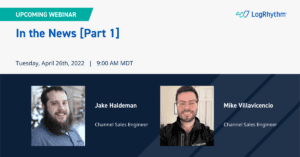 A maintainer of a popular piece of open-source software has deliberately sabotaged his own code, in act of hactivism to protest for not getting financial recompense from corporates for his work.

In protest of the war in Ukraine, an open source project maintainer targeted computers with Russian or Belarusian IP addresses by overwriting files with a heart symbol. Why is SS7 still a security threat?

Signalling System 7 (SS7) is still full of holes – what are operators doing about it asks Kate O’Flaherty? SS7 is still full of security holes, despite attempts to police the age-old signalling protocol. In 2017, hackers exploited SS7 as… 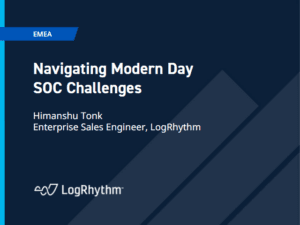 The Rush to Digitalization

Over the last year, there has been unwavering focus on digital transformation driven by the need for greater connectivity. Despite the new levels of innovation being achieved by businesses worldwide, organisations often overlook the need to secure new technologies with…