At their core, information security and compliance seem like topics that should go hand in hand: InfoSec deals with the daily functions of identifying and responding to threats, while compliance includes responsibilities of implementing IT security controls and effective governance.… On 9 May 21, the Federal Bureau of Investigation (FBI) issued a statement regarding a network disruption at Colonial Pipeline, one of the largest fuel pipelines servicing the eastern United States. Following immediate operational shutdowns and further initial investigation, the… TL;DR First and foremost, apply patches to the Exchange infrastructure. Assume compromise. It’s been reported that the attackers launched a massive compromise attack against 60,000+ Exchange Servers before patches became available, and many other attackers are actively looking for exploited… 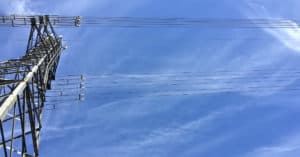 Attacks made against telcos and internet service providers (ISPs) have steadily risen. Distributed denial of service (DDoS) attackers launched an 11-day attack against a Chinese telco in 2017 — breaking the DDoS record that year. That same year, Kaspersky Lab… In the telecom environment, using Signaling System No.7 (SS7) protocol is very crucial, especially in 2G networks. If you’re wondering how SS7 works, SS7 protocol is an international telecommunications standard used to set up public switched telephone network (PSTN) and… How to Detect and Search for SolarWinds IOCs in LogRhythm

LogRhythm Labs has gathered up the indicators of compromise (IOCs) from CISA, Volexity, and FireEye associated with the recent SolarWinds supply chain attack and made them available in a GitHub repository for your convenience. Feel free to download and import… Thanks to Sally Vincent and Dan Kaiser from the LogRhythm Labs team for developing the process and guiding content described in this post. Threat research can be an invaluable asset to security teams when attempting to formulate a proactive stance…

Your Secret Weapon Against Cyberthreats