In September of 2016, a strain of ransomware was found in the wild which performed full disk encryption. According to Kaspersky Lab researchers1, this ransomware strain named “Mamba” now appears to be re-circulating, primarily in Brazil and Saudi Arabia.

The ransomware includes a DiskCryptor tool capable of using strong encryption algorithms to make recovering the encrypted disk content next to impossible unless the victim is able to obtain a decryption key from the ransom authors.

The resurgence of this malware has prompted analysis efforts by LogRhythm Labs researchers to ensure users are prepared to protect their systems and help prevent infection of this malware variant in the future. In-depth analysis of this latest Mamba sample follows. Signatures in support of detection are included at the end of this report.

The Mamba dropper sample analyzed has the following respective MD5 and SHA256 hashes, and will be referred to as “b9b60.exe” for the remainder of this report:

Upon executing the dropper, Mamba creates the folders “C:\xampp\http”. This would appear to mimic the open source XAMPP application distribution2, which is a cross-platform package containing the web server Apache, database MariaDB, and the PHP and Perl programming languages. The directory mimicked by the malware is specifically the Apache web server component directory configured by XAMPP.

In the case of the log.txt file created by the malware, this appears to track the activity of the malware. While the code references are still being analyzed, the value “107” in the log indicates successful creation of the service used for persistence, called “DefragmentService.” 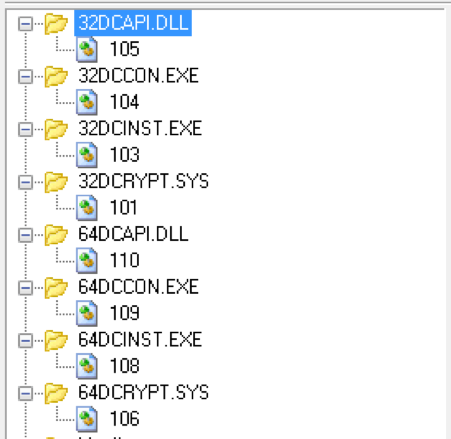 Note that further analysis and correlation of the dropped files and the publicly available versions is still underway. Although the hashes of the dropped files do not directly match those of the publicly available versions, static analysis suggests that the functionality is nearly identical. Although analysis of these files is ongoing, it is likely that the malware authors simply recompiled the available DiskCryptor source code for inclusion in Mamba.

After dropping the DiskCryptor files, Mamba additionally performs the following:

Once the encryption process completes, and after a further reboot, the victim is presented with the following ransom note, which requests that the user email one of two email addresses with an ID number, presumably to retrieve the decryption key. Note that there is no indication of what the actual ransom fee is.

Base64 Encoded Strings for Mamba Ransomware

The analyzed Mamba sample utilizes Base64 encoding in order to obfuscate strings in the binary which reveal the malware’s functionality. Following are the decoded strings extracted from the binary. Note that some of the strings listed below are commands that were not observed to be used during execution.

We created four LogRhythm AI Engine rules to detect some of the main indicators that we observed in our internal lab environment. 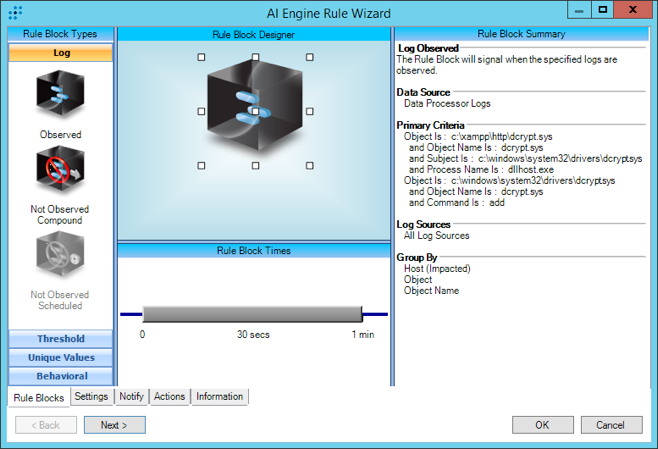 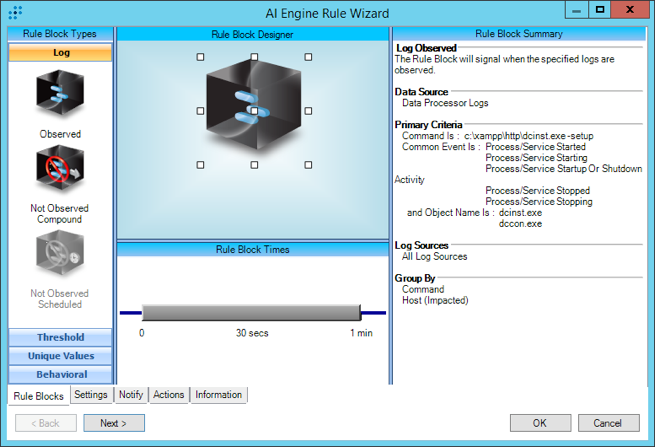 Now onto the instructions: 4 Note that the DependOnService makes use of the Filter Manager by installing a mini filter driver which can be viewed when running the command “fltmc instances.”

5 An ErrorControl value 0x3 as seen in dynamic analysis is unusual and requires further analysis to determine whether this is intentional behavior of the malware or a side effect of execution.

6 The first parameter is a password for the encryption and can be any value; the original value is unknown. The second parameter is required, and (reportedly) expected to be “/accepteula” (due to the typical execution via the Sysinternals tool psexec), but the malware will execute as long as any 2 arguments are passed in.

7 This value is binary data in the format of a SERVICE_FAILURE_ACTIONS structure as documented in https://msdn.microsoft.com/en-ca/library/windows/desktop/ms685939(v=vs.85).aspx.