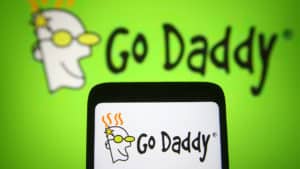 Amazon’s Twitch streaming service suffered a cyberattack during October 2021. Attackers claim they gained access to 126GB of data, including source code, payment details of content creators on the site, and a planned Amazon Game Studios product.

Looking into the incident for Digital Journal is James Carder, Chief Security Officer at LogRhythm. Carder recounts that the issue that afflicted Microsoft has never fully gone away: “We continue to see the effects of the Microsoft Exchange zero-day attack more than…

The South African Justice Department has disclosed a ransomware attack in September 2021. This represents the second successful cyberattack on a South African state institution in the last two months. LogRhythm’s CSO, James Carder, weighs in on the ramifications of…

More Expert Commentary and Coverage of the GetHealth Exposure

GetHealth’s platform misconfiguration resulted in 61 million records being exposed from across multiple fitness services and applications. Cybersecurity experts weigh in on the data exposure. An apparent misconfiguration of the Microsoft Power Apps platform resulted in the exposure of 38 million users across thousands of web apps.

The Brazilian Ministry of Economy has disclosed a ransomware attack that hit some of National Treasury’s computing systems. The government reports that the threat was contained after the attack was detected. 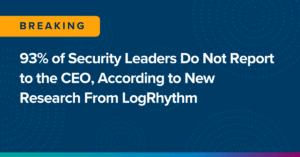 93% of Security Leaders Do Not Report to the CEO, According to New Research From LogRhythm

Global Research Finds IT Security Leaders Should Be Held Accountable for the Consequences of Cyberattacks, Yet Lack the Influence Required to Shore Up Security Strategies LogRhythm, the company powering today’s security operations centers (SOCs), announced the release of its report, “Security…