A security operations center (SOC) is becoming an absolute necessity when defending your organization from damaging cyber-attacks. A SOC is the centerpiece of a company’s security operations, as it serves as a critical IT center in which to mitigate cyber…

How to Sell Your Cybersecurity Strategy to the Board: An Interview with James Carder

James Carder brings more than 19 years of experience working in corporate IT security and consulting for the Fortune 500 and U.S. government. As CISO and Vice President of LogRhythm Labs, he develops and maintains the company’s security governance model…

Insider threats pose significant risks to your organization. Their actions are difficult to detect and many incidents take months or longer to discover. The key to defending against this class of threats is to understand the who, the why, and…

Free Training: Brush Up on Your Deep Packet Analytics Rules and Dashboards

Your network is full of extremely valuable data that can be used to improve both security and operations. Unfortunately, due to the sheer volume of data, it can be difficult to effectively monitor and understand everything on your network. That…

Server Message Block (SMB) shares are a critical component to most organizations—allowing for a central repository of files and other items that people need to access and share to do their jobs. Often, organizations will have multiple file shares in…

User Threat Detection—There’s a Module for That

Back in August, I had an amazing conversation with Randy Franklin Smith of Ultimate Windows Security during a webinar. We talked about how to identify a number of security scenarios simply by looking at network traffic. If you missed the…

The security operations center (SOC) at Danish telecoms operator TDC recently published a report with regards to an ICMP based DoS/DDoS style of attack. This attack effectively makes use of ICMP type 3 and code 3 crafted packets to drain… 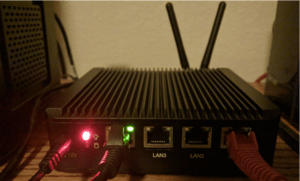 I’ve been running a test Network Monitoring (NetMon) Mini device at home for the past few weeks and, up until recently, I didn’t notice anything “unexpected” on my home network. Figure 1: Miniature NetMon Home Appliance (Click on images to…